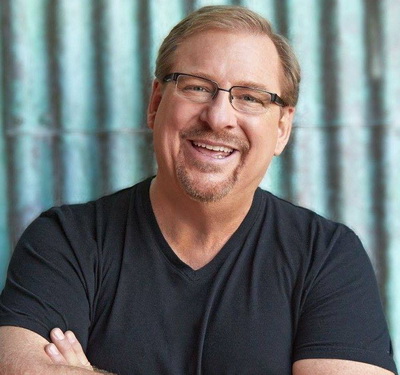 Rick Warren is the founder and senior pastor of Saddleback Church, an evangelical megachurch in Lake Forest, California, that is the eighth-largest church in the United States (including multi-site churches). He is also a bestselling author of many Christian books, including his guide to church ministry and evangelism, The Purpose Driven Church, which has spawned a series of conferences on Christian ministry and evangelism. He is perhaps best known for the subsequent book The Purpose Driven Life which has sold more than 30 million copies, making Warren a New York Times bestselling author.

Warren holds conservative theological views and traditional evangelical views on social issues such as abortion, same-sex marriage, abstinence-only education over the use of condoms to prevent HIV/AIDS, and embryonic stem-cell research.

During the 2008 United States presidential election, Warren hosted the Civil Forum on the Presidency at his church with both presidential candidates, John McCain and Barack Obama. Obama later sparked controversy when he asked Warren to give the invocation at the presidential inauguration in January 2009.